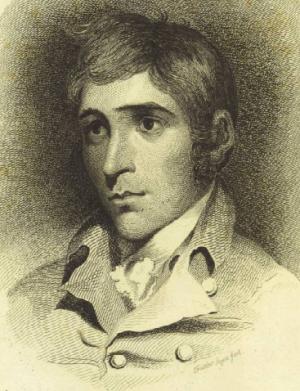 When we talk of someone dying too young, or dying before his/her time, what do we mean?

One interesting category of distinction highlighted in the Database of Laboring-Class Poets and illuminated on the new Omeka site [deprecated] through the use of tags is “tragic youth.” As we complete our data entry, we have the chance to reevaluate our use of terms like “tragic youth,” which can be problematic for a number of reasons.

First, it is a term that is particularly conflated with the Romantic period, only a slice of our 1700-1900 time period. Second, where does youth end? Chatterton died at eighteen, indisputably youthful; Keats at twenty-five; Shelley at twenty-nine. Third—and looking at my examples, it’s clear that I’ve fallen into the same trap—we tend to envision “tragic youth” as a male affliction in the eighteenth and nineteenth centuries. (I am not equipped to comment on the popular picture of the twentieth-century Tragic Female Poet, or the “Sylvia Plath effect.” Queasiness.)

Can we liberate tragic youth from garrets, boys, and Romanticism? Let’s consider a couple of cases that invite scrutiny of our own chosen vocabulary.

Thomas Dermody (1775-1802) was precocious in his scholarship (learning Greek and Latin at age four), his writing (winning patronage of several high profile aristocrats in Dublin around age sixteen), and, as his biographer observes, imbibing. He lost his patrons (who had suffered his alcoholism and distemper) when he refused a scholarship to Trinity College. Thereafter he joined the army, distinguished himself, but fell back into drinking and died in near poverty in an anonymous hovel at age twenty-seven. His verse, including his popular self-elegy “Ode to Myself,” has been anthologized several times, and is noted for its allusiveness and humor.

Dermody was known as “The Irish Chatterton,” and, like Chatterton, Dermody was gifted in his reading and his drinking. But he seems relatively aged compared to his English counterpart, who died from mixing arsenic and opium at eighteen years old. Both men suffered “senseless and tragic” ends (according to Nick Groom in the Oxford Dictionary of National Biography), and the epithet “Irish Chatterton” is certainly suggestive of tragic youth.

But was Dermody, really? He was months away from his twenty-eighth birthday, and had been living on his own for more than a decade. Moreover, he had served in the army for several years; actually, he had distinguished himself, earning a commission which he squandered on his return to London and booze. Further, and perhaps most importantly for our purposes, by all accounts he had stopped translating the classics and writing poetry—so his death, while senseless and a tragic, seems not to have extinguished the fires of poetic genius.

Now consider Mary Leapor (1722-46), another poet known for her precociousness, deep reading in the classics, and biting satiric edge.  Nowadays a well-known figure recognized as one of the most accomplished “untutored geniuses” of the eighteenth century, Leapor was nevertheless unknown and uncelebrated in her lifetime. She worked as a domestic until returning at age twenty-two to her widowed father’s home to care for him. Back in Brackley, she met Bridget Freemantle, who became a dear friend and patron. Freemantle encouraged Leapor and sought subscription for an edition of her poems, which was not realized until after Leapor’s death of measles at age twenty-four. Acclaim for Leapor’s masterful neoclassical verse was entirely posthumous. She, too, wrote at least one self-elegy; consider “Colinetta,” in her Poems on Several Occasions (Vol. I, 1748).

If Keats, who died at twenty-five, is a “tragic youth,” then Leapor certainly has a claim to the tag. At twenty-four years old, she fits the mold—perpetuated by figures like Chatterton, Dermody, and Keats—for extinguished poetic genius.

On a personal note, Mary Leapor was my “gateway poet” into laboring-class poetry. My first time reading her, I was really struck by the way Leapor, in her poetry and letters, claimed common ground with Freemantle against the odds, so to speak, based on the education and skills she struggled to obtain.

But her youth has much to do with it too, I think – Leapor was twenty-three when she composed most of her poetry, and twenty-four when she died. (I turn twenty-four next week.) When we talk about youth, and in particular, tragic youth, we are often talking about waste and potential – What might have been, if Leapor had lived to see her poems published, lived to write more?

In The Quickening Maze, Adam Foulds puts it eloquently when he imagines Alfred Tennyson reacting to Byron’s death: “It was the thought of all he hadn’t written yet, all bright inside him, being lost forever, lowered into darkness for eternity.”

And when we talk about laboring-class poetry, we can fall into the same pattern – What might have been, if John Clare had had a journal with him in the field instead of his hat to inscribe his verses on?

However, I think there is a useful, important and self-evident distinction between death and class as categories of distinction. (After all, couldn’t we say that any child sent to work in a factory, like Joseph Burgess, or a field all by himself, like Robert Bloomfield, had a kind of tragic youth?) Whereas it is fun to imagine Leapor living into her old age, it is impossible to think of “Mira’s Picture” coming from the pen of the likes of Freemantle. Being affiliated with the laboring-classes may have been an obstacle for Dermody and Leapor, but it is not something to be mourned as their early deaths are.

I love to explore the huge variety of backgrounds, relationships, and occupations of the poets in our database. Diversity is a thing to celebrate, not just to meet nebulous institutional goals but for its own sake. Because it is fun, and enriching, and enlivening to witness the vital role of poetry in the lives of members of the laboring-classes. As we move forward, we’ll be just as thoughtfully considering how to highlight diversity of experience as we consider how to apply epithets like “tragic youth.”

Of course, these are just my own thoughts on the subject. I would love to hear from others on how they deal with imprecise categorizations like “youth,” “tragic,” and, yes, class.

Next week we’ll have another post from Dan, and coming up, some thoughts from one of our senior scholars.